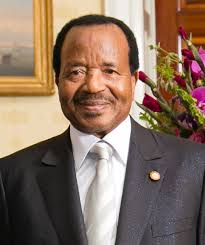 Cameroon’s government has been forced to give ground on human rights under intense pressure from campaigners, the United Nations, and allies who once chose to overlook its flaws.  NGOs have long denounced abuses in the central African country, from the detention of journalists and arrests of opponents to the killings of civilians by soldiers.

Three soldiers were charged this month with murder over the February killing of 10 children and three women in western Cameroon. The UN says at least 23 civilians had died.

The military had denied the killings for two months, blaming the deaths on fuel containers that had accidentally exploded during a firefight between security forces and anglophone separatists. The investigation and prosecution of the soldiers mark an unprecedented step by a regime deaf to such accusations for decades.

The pressure is mounting as Cameroon is battered by violence: in the north, where attacks by Boko Haram jihadists are on the rise, and in the west where separatist revolt rages on. Violence between anglophone separatists and security forces has claimed more than 3,000 lives and at least 700,000 displaced.