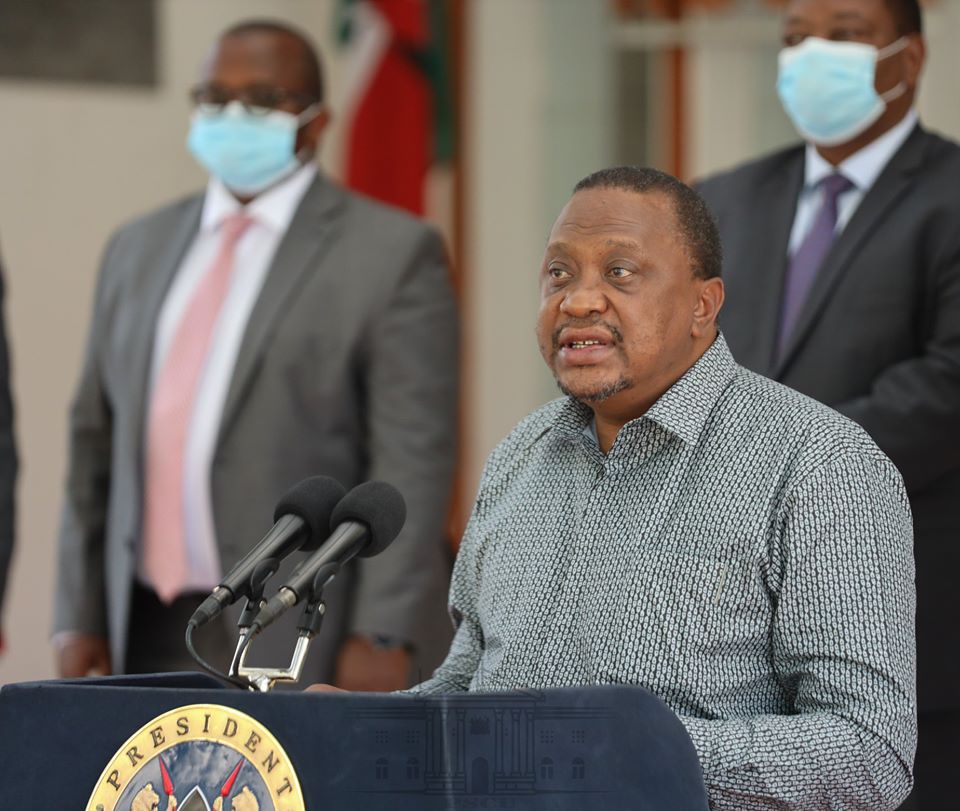 President Kenyatta commended the Nairobi Metropolitan Service (NMS) for its efforts in improving service delivery in Nairobi and its catchment. The President expressed satisfaction with the progress made by NMS in implementing the directives he gave to the new agency at its launch on 18th March this year.

“I am satisfied that the directives for the first 100 days have been implemented in earnest,” the President said.

President Kenyatta spoke at Harambee House in Nairobi when he received the 100-days performance report by the NMS. 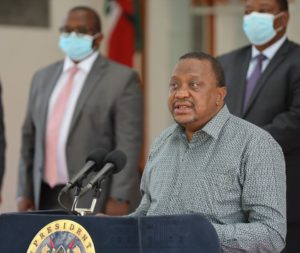 At the ceremony also attended by Nairobi Senator Johnson Sakaja, the President challenged NMS to work towards making Nairobi a model city.

“I challenge NMS to demonstrate that Nairobi can be the model of our Post Covid-19 National Recovery Strategy,” President Kenyatta told NMS top leadership led by Director General Mohammed Badi.

Major General Badi assured the Head of State of his agency’s determination to transform Nairobi into a smart city by fully implementing its broad mandate.

DG Badi said NMS had created new jobs by employing the youth and street families in its projects through the government’s “Kazi Mtaani” initiative.

“On re-carpeting of CBD roads, NMS has completed 30 percent of all the roads and is using Kazi Mtaani initiative.

“To this end, NMS has engaged our youth in drainage clearing, waste management, and rehabilitation of roads,” DG Badi said, adding that street families provide the bulk of the labor force for the ongoing construction of Grogan Road.

Shortly after receiving the NMS report, the President toured some of the agency’s projects in Nairobi’s informal settlements.

Communities neighboring the boreholes receive treated water for their domestic use at no cost.

The housing projects are being implemented by the state department of housing, NMS, and Nairobi City County. 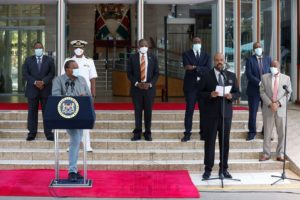