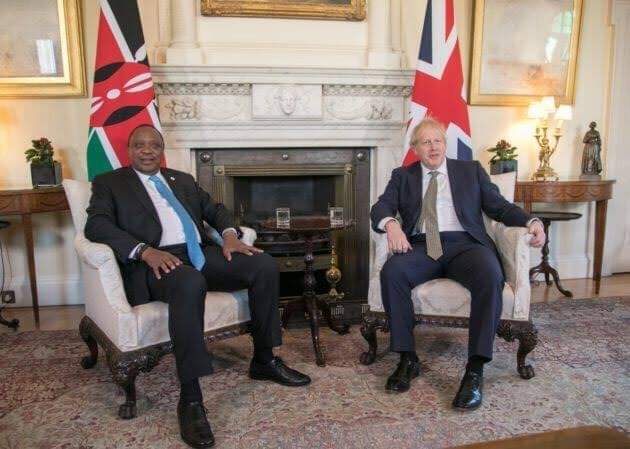 The negotiations are expected to be finalized ahead of the UK’s exit from the European Union (Brexit) on 31st December 2020, will be conducted within the Kenya-UK Strategic Partnership Framework established by the two leaders in January 2020 and the East African Community (EAC) parameters in order to enhance regional integration.

President Kenyatta thanked the British Government for extending visa over-stay amnesty for Kenyan nationals in the UK who cannot travel back due to the Covid-19 travel restrictions until 30th May 2020.

The visa amnesty, President Kenyatta noted, had enabled Kenyans especially students and workers, to apply for long-term visa renewal in the UK without having to travel back to Kenya as has been the norm. 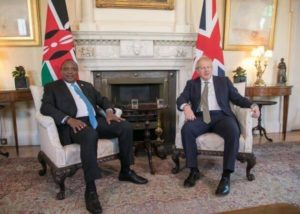 President Kenyatta further thanked the UK Government for supporting Kenya’s Worker Protection Scheme which he said will benefit garment and horticultural sectors so as to avoid massive staff layoffs during the current Covid-19 global economic disruption.

In conclusion, the two leaders affirmed their strong support for the Commonwealth and committed to working together to ensure stability, continuity, and the deepening of solidarity among Commonwealth nations.

President Kenyatta applauds Africa’s Covid-19 response, says it’s much better than the rest of the world.

No parallel Jamhuri Day celebrations in counties over Covid-19 pandemic

Uhuru: Kenya aims at being continental leader in sustainable development