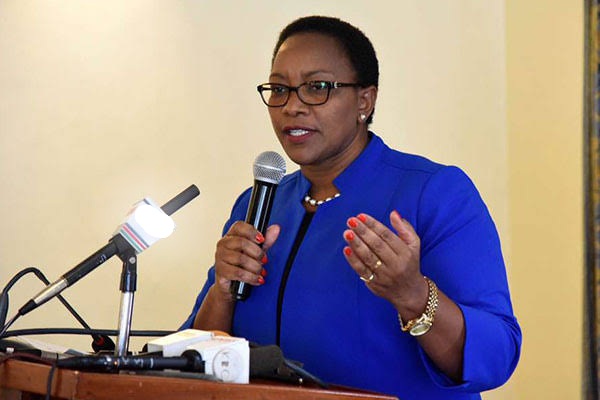 Water Cabinet Secretary Sicily Kariuki is in mourning following the death of her daughter, Wendy Muthoni, popularly known as ‘Noni.’

Noni, who was a second-year law student at JKUAT Karen campus died on Sunday evening at the Nairobi Hospital.

The cause of death was not immediately clear.

President Uhuru Kenyatta, DP William Ruto, and Former Prime Minister Raila Odinga are among leaders who have sent messages of condolences to the family of CS Kariuki.

Travellers must arrive at SGR stations an hour in advance