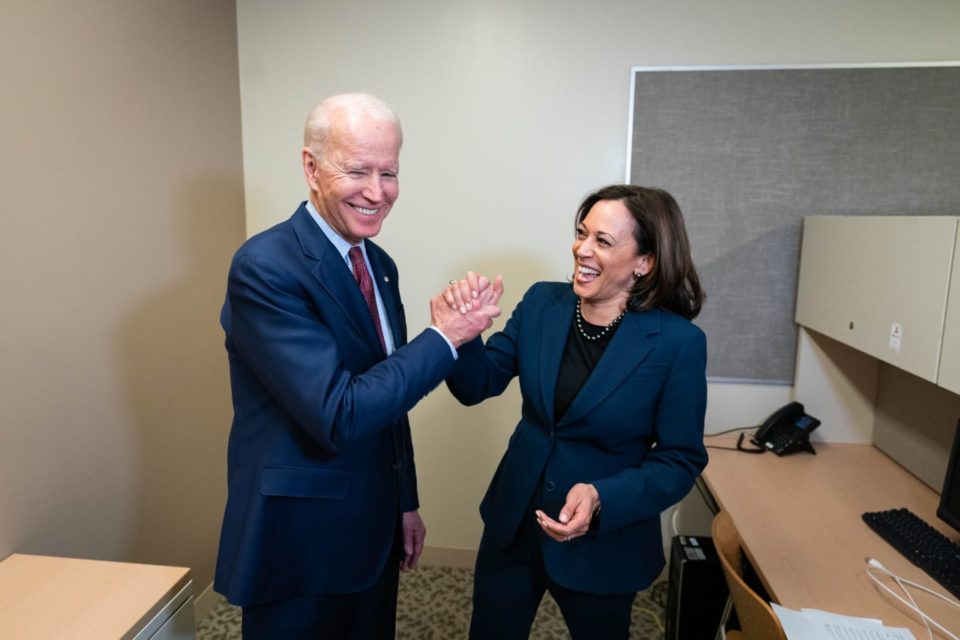 Joe Biden has named Kamala Harris as his vice-presidential running mate, a historic choice he believes will bolster his chances of beating Donald Trump.

“I have the great honor to announce that I’ve picked @KamalaHarris – a fearless fighter for the little guy, and one of the country’s finest public servants – as my running mate,” Biden wrote on Twitter. In a text message to supporters, Biden said, “Together, with you, we’re going to beat Trump”

In a tweet, Senator Kamala Harris said she was “honored” to join Biden on the Democratic ticket and pledged to “do what it takes to make him our Commander-in-Chief”.

Sen. Kamala Harris joins Biden in the 2020 race at a moment of unprecedented national crisis. The coronavirus pandemic has claimed the lives of more than 160,000 people in the U.S., far more than the toll experienced in other countries. Business closures and disruptions resulting from the pandemic have caused an economic collapse.

Trump’s uneven handling of the crises has given Biden an opening, and he enters the fall campaign in strong position against the president. In adding Harris to the ticket, he can point to her relatively centrist record on issues such as health care and her background in law enforcement in the nation’s largest state.

A woman has never served as president or vice president in the United States. Two women have been nominated as running mates on major party tickets: Democrat Geraldine Ferraro in 1984 and Republican Sarah Palin in 2008. Their party lost in the general election.

Former President Barack Obama praised Kamala on Twitter: “She is more than prepared for the job. She’s spent her career defending our Constitution and fighting for folks who need a fair shake.”

Biden, 77, will be the oldest person to become president if he is elected. His age has led to speculation he will serve only one term, making Harris a potential top contender for the nomination in 2024.