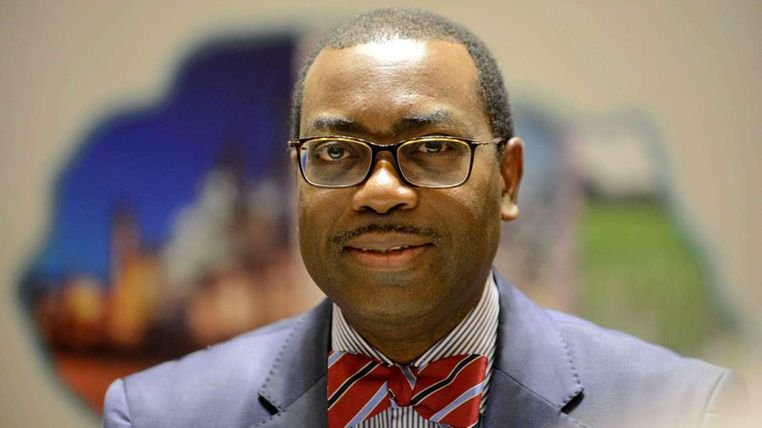 Dr. Akinwumi Adesina on Tuesday was sworn in as President of the African Development Bank (AfDB), to serve another five-year term.

The swearing-in ceremony, which took place at the Bank’s Abidjan headquarters was presided over by the newly appointed Chair of the Board of Governors, Ghanaian Finance Minister Kenneth Ofori-Atta, who administered the Oath Office.

Ofori-Atta was assisted by the past Board of Governors Chair, Ivorian Planning Minister Niale Kaba, and the Bank’s Secretary-General Vincent Nmehielle who read the resolution of the Board confirming Adesina’s election.

The former Nigeria Minister of Agriculture and Rural Development, was re-elected last week after getting a hundred percent vote of all regional and non-regional members of the bank.

Adesina is the first Nigerian to be elected and re-elected to serve as the AfDB’s President.

As part of his inaugural speech, Akinwumi Adesina said,

“Four days ago, on August 27, 2020, I was re-elected as President of the African Development Bank Group. I wish to thank you all for your incredible support and for the mark of confidence you all collectively placed in me. You elected me with 100% of all the votes of regional and non-regional shareholders of the Bank — without any exception. This is unparalleled in the Bank’s 56-year history. And for this, I am exceedingly grateful.”

Adesina pledged to focus on four areas: institution, people, delivery, and sustainability; to transform the development landscape of Africa.

“When you first elected me five years ago, I had a vision. Five years later, I have yet a vision to build on our collective achievements over the next five years.  A vision to build a much stronger and resilient African Development Bank Group with the leadership and capacity to deliver greater quality impacts for the people of Africa, while remaining financially strong and sustainable.”

Let us be accommodative of each other, President Kenyatta urges Kenyans