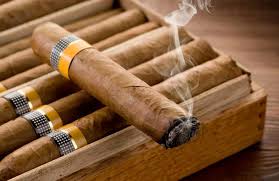 The Ministry of Health has urged those who use tobacco in any form whether cigarettes, water pipes, bidis, cigars, or heated tobacco products to place their health first and quit the habit.

Health CAS Dr. Rashid Aman Tuesday said the world is facing a huge public health epidemic in the form of tobacco use and that the exposure is a major risk factor for Non- communicable diseases (NCDs), which includes heart disease, stroke, cancer, diabetes, and chronic lung disease.

He said the above conditions are collectively responsible for almost 70% of all deaths worldwide.

“It is estimated that, worldwide, about 1.3 billion people are tobacco users. Low and Middle Income Countries (LMICs) where 80% of tobacco users live bear the heaviest toll of tobacco-related illness and death. Half of chronic users of tobacco end up dying from its use. Each year, tobacco use causes more than 8 million deaths globally. 7 million of these are as a result of direct tobacco use, and over 1 million are as a result of non-smokers being exposed to second-hand tobacco smoke.” He said

He said the act of smoking and the social nature of many forms of tobacco use, present risks of person to person transmission of respiratory viruses, such as the SARS-CoV- 2 virus that causes COVID-19.

He noted that people with underlying conditions who contract the virus are predisposed to severe illness and even death and that COVID-19 being a Severe Acute Respiratory disease follows then that, those with already compromised respiratory systems are at much higher risk of unfavourable outcome if infected and this includes the smokers.

” Smokeless tobacco, that is, tobacco used by sniffing, chewing or placing between the gum and cheek, or lip, equally increases the risk of severe disease, when one is infected by COVID-19. Its use presents a risk in the spread of infection through product handling, frequent spitting, and sharing of paraphernalia such as mouthpieces and hoses, Smokers often have a persistent cough, and infected COVID-19 smokers who are not yet symptomatic, could be a source of spread of infection, as the cough can easily be dismissed as a smoker’s cough.” Noted the CAS

” The spirit of embracing the Convention, and enacting the law is to discourage the use of tobacco, and reduce or altogether eliminate its harmful effects on health, for there are no safe tobacco products. Remember, tobacco is harmful in all forms.” He urged

He said the ministry operates a quit tobacco use service accessible by calling the toll-free Quit Tobacco 1192 line.

“Nicotine, the active principle in tobacco products, is highly addictive. Several devices and products have been developed as nicotine replacement therapy, to break nicotine addiction. These include nicotine gum, nicotine patches, sublingual lozenges, electronic nicotine and non-nicotine delivery systems commonly referred to as e-cigarettes and others.”

The CAS highlighted that most of these products use pure nicotine, and if improperly used, could be harmful and increase the risk of heart disease and lung disorders.

“These alternate forms of tobacco use, and nicotine replacement therapy, largely targeting the youth, have been deceptively promoted as ‘reduced harm’ products, and/or products to help people quit conventional tobacco smoking. These products expose users to toxic cancer-causing emissions, and currently, there is insufficient and persuasive evidence to suggest that, they are less harmful than conventional cigarettes.”

President Kenyatta: The youth are a present asset, not a future prospect