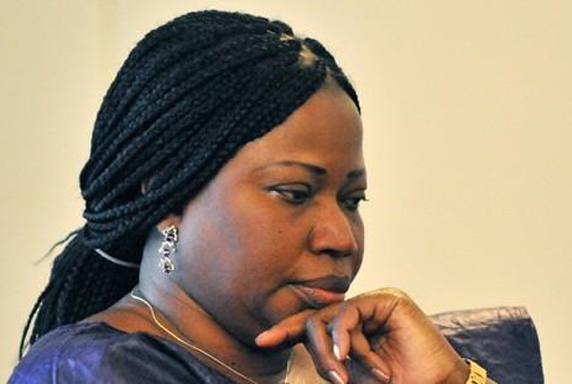 The United States on Wednesday announced sanctions against Fatou Bensouda — the International Criminal Court Prosecutor, and Phakiso Mochochoko, director of the ICC’s jurisdiction, complementary and cooperation division, in objection to the continued investigation into alleged war crimes against humanity committed by US military personnel during their service in Afghanistan.

“The United States has never ratified the Rome Statute that created the court and will not tolerate its illegitimate attempts to subject Americans to its jurisdiction,” Pompeo said.

“Today we are moving from words to deeds because the ICC, unfortunately, continues to target Americans. Any individual or entity that continues to materially assist” the prosecutor “also faces sanctions,” was the public statement issued by the US Secretary of State, Mike Pompeo, at a press conference.

This recent sanction is yet another obstacle placed in the way of the ongoing investigation as the Gambian national had already seen her US visa revoked last year — but had, nevertheless, carried on fearlessly with her professional duties citing her “independent and impartial mandate” despite blatant opposition from the Trump administration.

The ICC issued a statement condemning the sanctions as an effort to interfere with its judicial and prosecutorial independence.

“These coercive acts, directed at an international judicial institution and its civil servants, are unprecedented and constitute serious attacks against the Court, the Rome Statute system of international criminal justice and the rule of law more generally,” it said.